Why do cats come in so many different colours?

The cats that share our homes and gardens come in a whole rainbow of colours, from black, white and grey to orange, brown and even blue, but have you ever wondered why they have so many different hues and patterns? 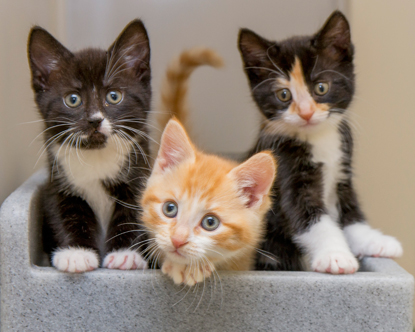 Our domestic moggies all share one common ancestor, the African wildcat, which has been around for millions of years. In the wild, they have no need for variations in coat colour, as it’s important for them to blend in with their surroundings to avoid detection from predators and prey. It wasn’t until these cats started to become domesticated in Ancient Egypt around 4000-2000 BC that camouflage became less crucial and different colours began to develop. For the last 200 years, selective breeding in cats, mostly for appearance, has become more common, leading to the wide range of cat colours we see today.

These changes in coat colour occur from gene mutations that happens naturally in the cat’s cells, and this has led to some interesting cat colour quirks…

Most ginger cats are male 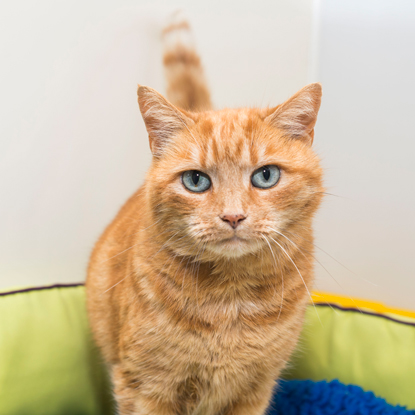 Nearly all tortoiseshell cats are female Deaf cats are more likely to be white 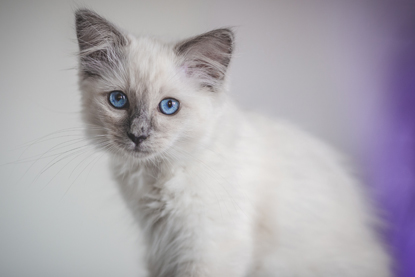 Congenital deafness predominantly occurs in white cats because the gene that causes a white coat can also be responsible for blue eyes and deafness. However, there are other factors that can influence these variations so while not all white cats will be deaf, most cats that are congenitally deaf will be white and have two blue eyes.

All cats are tabbies 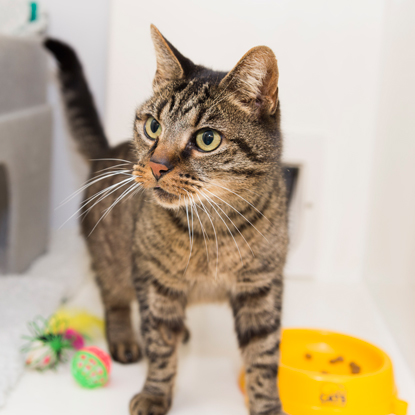 A mother cat can have kittens of different colours 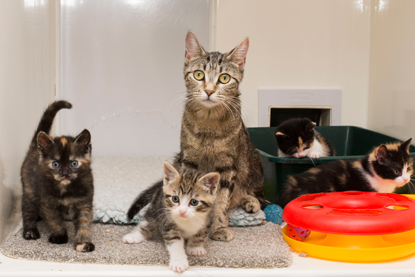 One litter of kittens can contain cats of all different colours, particularly if the mother has mated with more than one male. Male kittens will always inherit their colour from their mother, whereas female kittens will be a combination of the colours of each parent.

Of course, here at Cats Protection, we believe that a cat’s personality is more important than its colour, which is why we encourage those looking for a new feline friend not to overlook the monochrome moggies who still have so much to give.

What colour is your cat? Let us know in the comments below, or on Facebook or Twitter!

If you would like to adopt a cat, visit www.cats.org.uk/adopt-a-cat to find kitties of all shades waiting for homes in your area.