How many cats are there in the UK?

It will come as no surprise to moggy-lovers that cats are the most popular pets in the UK, just overtaking dogs to the top spot.

In fact, there are believed to be an incredible 11.1 million pet cats in the country, compared to 8.9 million pet dogs, with 25% of the adult population owning at least one kitty.

However, while we can pretty accurately identify the number of owned cats, there are many unowned stray and feral cats roaming the UK’s streets and countryside too, and they’re much harder to count. 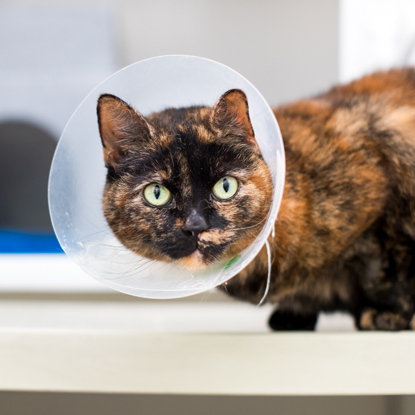 To try to get a more accurate figure of the UK’s unowned cat population, Cats Protection launched the Cat Watch project in 2016.

We’ve been working closely with local communities to encourage them to report unowned cats, either via our Cat Watch app, Cat Watch Facebook groups or in person to our Cat Watch teams, so that we can ensure they are well cared for. We do this by working with cat caretakers in communities to get the cats neutered to prevent more unwanted cats being born, and either finding them new homes or supporting residents with the help they need to look after them.

The project began in Bulwell, Nottingham, an area identified as having a large unowned cat population, and has since expanded into Everton, Beeston in Nottingham and Houghton Regis in Bedfordshire with the hope that eventually it could be UK-wide.

Helping cats in Bulwell and Everton

In Bulwell, the hard work of our Cat Watch team and the cooperation of local residents has meant that, to the best of our knowledge, no new kittens were born on Bulwell’s streets in 2018 – fantastic news for the community and its cats.

In Everton, the Cat Watch team received almost 1,000 reports of cats in the first 12 months of the project and were then able to get 262 cats neutered and find 88 of them new forever homes, with work ongoing to help even more stray and feral moggies in the area.

The team has also managed to change the attitudes of Everton’s local residents towards cats, as a survey has revealed a positive increase in their feelings towards neutering as a way to improve cat welfare and reduce antisocial cat behaviour.

More than half of residents felt that Cat Watch had had a positive impact on cats and on the Everton community, with many indicating that it had also increased their sense of wellbeing, confidence and connectedness within their community.

The adventures of Six Dinners Sid 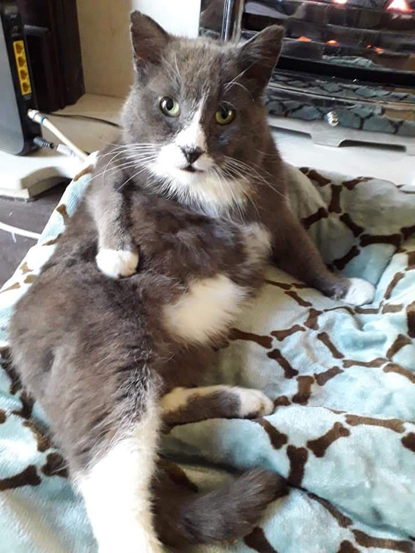 Within the Everton area, the Cat Watch team discovered one rather large cat who had acquired quite a following.

The grey-and-white moggy had been reported to them by local resident Jane, and after asking around to see if anyone knew where he came from, it was soon discovered that he had quite a few different carers and feeders! Jane and the team even managed to track his daily route around the neighbourhood, which involved several stops at different houses for food and cosy naps. 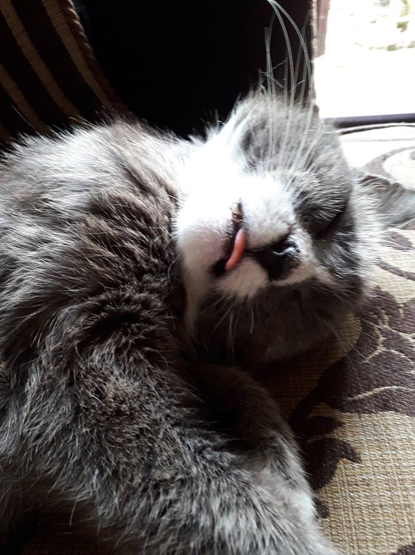 Shortly after his antics had been revealed, Sid became ill. His many carers all rallied together to get him the best possible treatment, but sadly his kidney disease was too advanced.

During this time, Jane took him into her home to give him all of the love and attention he needed, and when the time came for him to go, his entire family of carers gathered around him to say goodbye.

Jane said: “He was a huge cat with a large heart (and tummy!) and we all followed his adventures with relish. He was audacious, charismatic, greedy and fussy, demanding only the best fresh food, and could be grumpy if he didn’t get his own way. He was a true gentleman and ambassador for every community cat making their way out there.”

A new home for Tatty 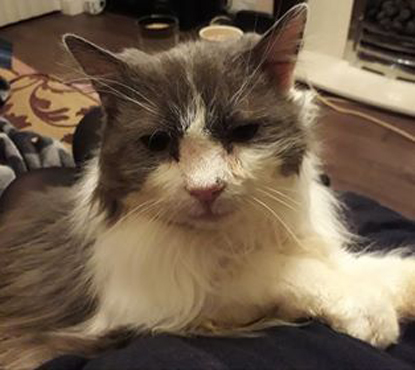 Shortly after Sid had sadly passed away, Tatty the cat appeared in another Everton resident’s garden looking a little worse for wear.

He was reported to the Cat Watch team to see if his owner could be found, but he wasn’t microchipped and no one came forward to claim him.

The team them took him to the vet for a health check and neutering, where he was found to be badly matted, covered in ticks, have a small growth on his eyelid and need some dental work to make him comfortable again. He also tested positive for FIV, but as he was so friendly the vets were confident he could be rehomed to an indoor environment. 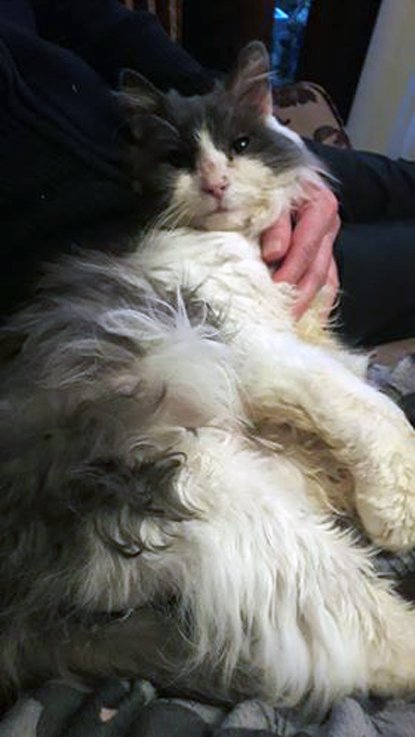 The Cat Watch team knew that Jane, Six Dinners Sid’s primary carer, was looking to adopt a new cat after saying goodbye to Sid, and so introduced her to Tatty. It was love at first sight, and it didn’t take Tatty, now renamed Bailey, very long to settle in to his new home.

Jane said: “Bailey’s a right cuddle monster. He’s enjoying being pampered and spoilt! He is so funny and so like Sid/Mr Grey when it comes to food! He knows where the food is kept and sat at the door until I opened it! He loves chicken and the smell of a roast, he sat watching us eat ours making snorting noises.”