Why do some cats have different coloured eyes?

There’s no doubt that cats’ eyes are beautiful and many moggies will happily show them off by staring at you as you eat your dinner. But did you know that some cats have more striking eyes than others? 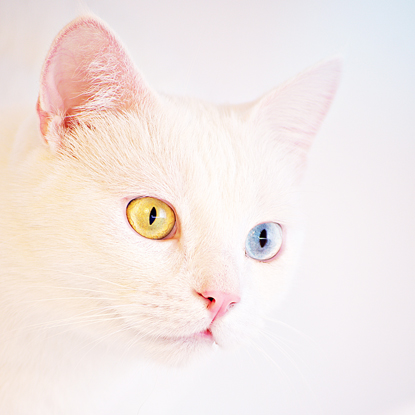 Although it’s quite rare, a condition called heterochromia can result in cats having two different coloured eyes. These odd-eyed cats typically have one iris (the coloured part of the eye) that’s blue while the other is either green, brown or yellow. Heterochromia can also affect dogs and even humans too.

What causes heterochromia in cats?


All kittens are born with eyes that appear blue due to a lack of pigment within the iris. Within their first few weeks/months of life a pigment called melanin is distributed throughout the iris, causing the eyes to change colour. Usually this happens in both eyes, but if the cat has heterochromia, melanin is only distributed in one iris, leaving the other blue. 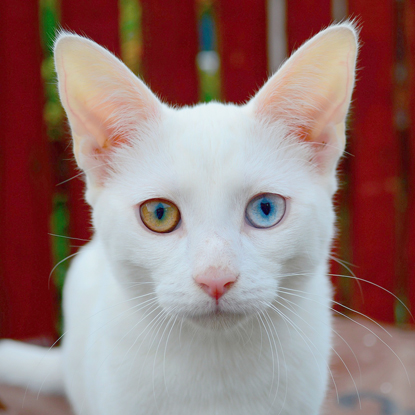 Do odd-eyed cats have poor eyesight?


Luckily, heterochromia doesn’t have any impact on a cat’s ability to see, and it doesn’t seem to affect their hearing either. Although white cats with one or two blue eyes are more likely to be deaf, non-white cats with one blue eye do not appear to have a higher risk of deafness than normal. 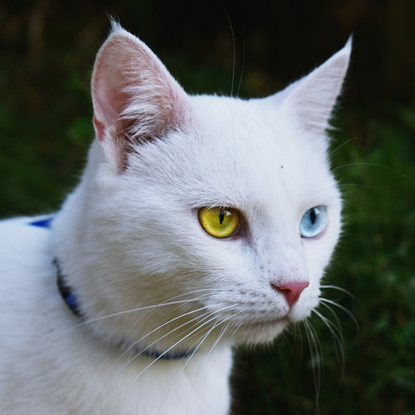 There’s only cause for concern if your cat’s eyes change colour when they are over 12 weeks old or if they suddenly change colour at any age. There are various disease processes that can cause an eye to change colour and, if this happens, then you should speak to your vet as soon as possible.

Can cats have a single eye with two different colours?


When cats have two different coloured eyes this is known as complete heterochromia, but there is also a condition known as sectoral heterochromia. This is when a single iris contains two or more colours, eg half is blue and half is green, and is a result of an inconsistent distribution of pigment within the iris.

For more amazing facts about cats’ eyes, read our blog post.
Posted by Meow Blog at 08:00