Shirley Ann, from Dalry in Scotland, feel less lonely following the death of her closest friend, all thanks to her cat Boots.

Shirley Ann was devastated when, in November 2013, a suicide attempt left her best friend permanently paralysed and hospitalised for 18 months. 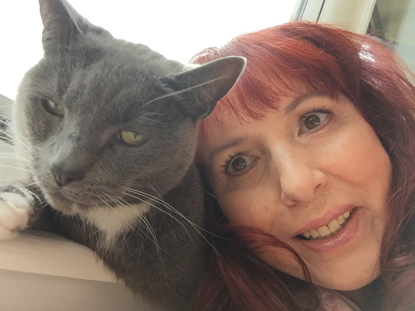 After 35 years of friendship, Shirley found this a terribly stressful and lonely time as she could no longer reach her friend on the phone or go off on adventures with her.

One day Shirley decided that without any children or family, the love she needed had to come from a pet so she adopted Boots from a local rescue charity. 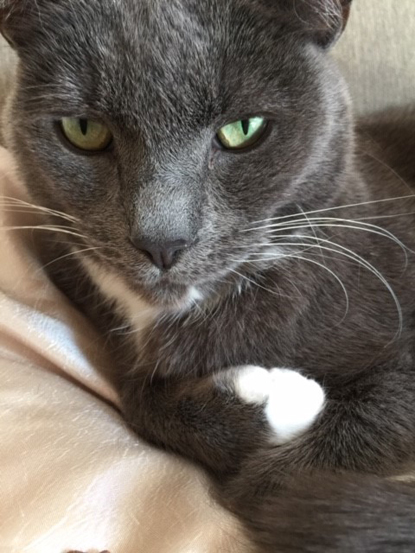 Boots was in a bad way when Shirley took him. So bad in fact that when she called to enquire about him the lady in the rehoming centre told her to come right away as he was “giving up” following the death of his previous owner.

Initially very shy and withdrawn, Boots eventually came out of his shell to become a loving companion. 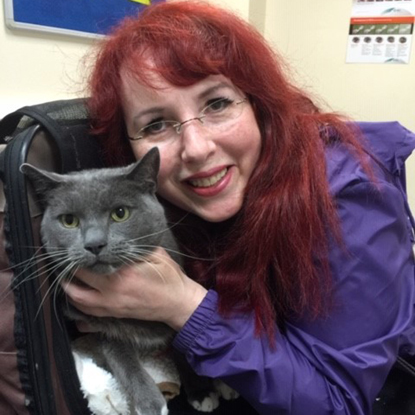 Shirley Ann said: “I gave him lots of petting which did raise a few purrs and out of the blue, one night, I felt him jump onto the bottom of my bed. I liked the feeling of his warm little body against mine and this was the start of our beautiful friendship.”

On 31 March 2015, six months after adopting Boots, Shirley Ann, who already suffered with severe fibromyalgia, was diagnosed with Addisons Disease. Then just two days later her friend, who was now in a nursing home, passed away unexpectedly. 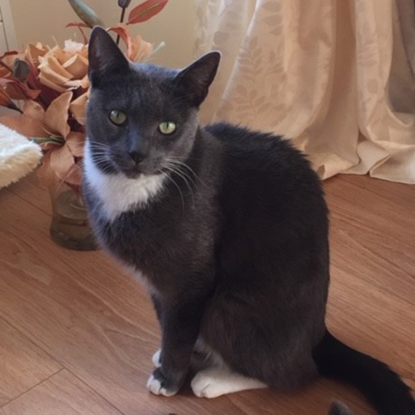 These two huge blows often left Shirley Ann feeling very depressed but during these moments Boots would come and put his paw on her knee to comfort her.

She said: “I was utterly heartbroken when she died and without the love from Boots waiting for me at home I wouldn’t have survived. After her funeral I returned to my flat where Boots greeted me with head butts and such love.

“Nearly five years have now passed and, while others didn’t offer me the support I expected, I survived because Boots needed me. He won’t have anything to do with anyone but me. I look after him and he cares for me. 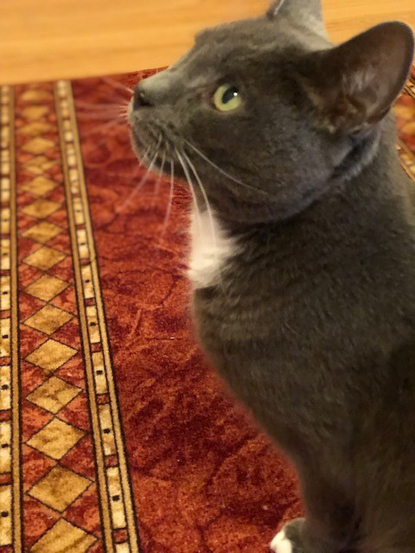 “Boots gives me the love and companionship I so badly need. As I’m disabled, I spend most of my time at home so his company is invaluable. He’s always there to greet me when I get home, looks as though the world is ending when I leave (which makes me feel wanted), makes me laugh by leaving the room if I start singing (every one’s a critic!) and with his crazy antics.

“I want to pay tribute to Boots and the way the love of a cat can change your life. I bought a t-shirt a while ago which reads ‘In my darkest hour I reached for a hand and found a paw’. Nothing could be truer.

“Boots is more than just a cat, he is an angel with whiskers, an old soul who loves me as I do him.”