Bowie the cat reunited with owner after two years

A cat named Bowie had been living as a stray for two years before Cats Protection reunited him with his family, thanks to his microchip.

Bowie was straying in the Broadlands area of Bridgend where an older lady took pity and cared for him for around four months, believing he had no home of his own. 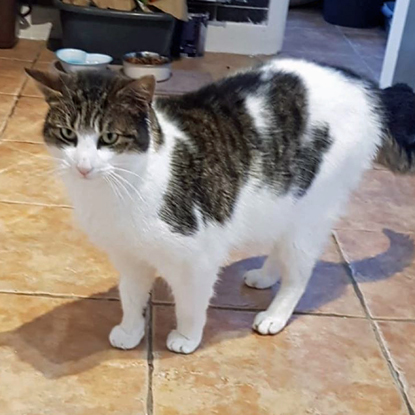 He then came into Bridgend Adoption Centre’s care where he was scanned for a microchip. The chip was linked with the Porthcawl area but the details were not up to date.

The centre’s staff turned detective and scoured social media until a Facebook post led to his original owner, Nadine Stevenson.

Nadine revealed Bowie had been missing for two years and she had moved twice since he had disappeared but kept going back to Broadlands to try and find him.

Nadine said: “I was really missing having a cat in the house and was actually planning to visit the centre soon to look into adoption. 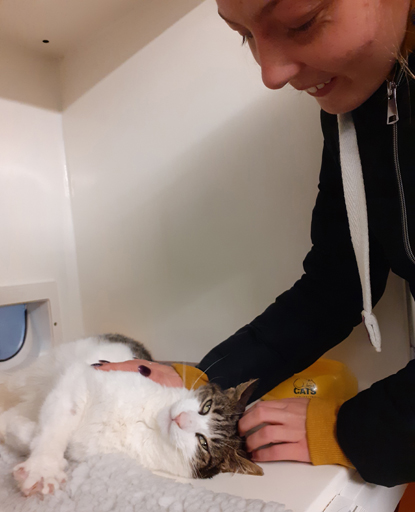 “When I heard from the centre I was so surprised. It’s amazing and like he has never been gone. He’s settled right back in at home and is having lots of fuss thanks to everyone at the centre.”

Senior Cat Care Assistant Stevi Cosh added: “Bowie’s story really highlights the importance of microchipping and of keeping your details up to date. Without his microchip we wouldn’t have known the area to look in or his owner’s name, it gave us the information we needed to start finding Nadine.

“It was wonderful to see how he immediately recognised her and the bond between them that hadn’t dimmed even though they had been apart for two years.”

Cats Protection makes sure every cat we rehome is microchipped, as it gives lost cats the best chance of being reunited with their owner.

We are also calling for the compulsory microchipping of owned cats in the UK, to help ensure more happy reunions like Bowie’s.

If you would like to support our call for compulsory microchipping, please sign our petition today.
Posted by Meow Blog at 08:00