Cats Protection charity worker Paul Hannant will take on Britain’s highest peaks and walk more than 200 miles in a month-long challenge to raise funds for cats and kittens.

The Great British challenge is the brainchild of Paul, Manager at Cats Protection’s Dereham Adoption Centre, who has been working throughout lockdown for cats in care. 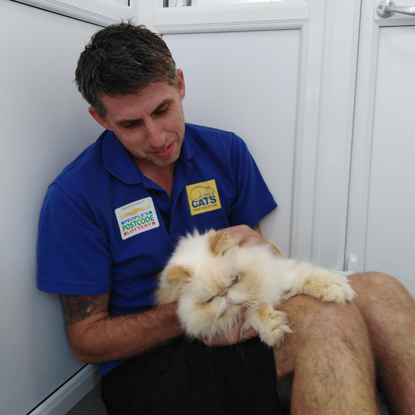 “The team at our centre has continued to home cats during the pandemic, despite working in unique and often difficult circumstances,” said Paul. “We adapted well to the obstacles and have united many cats with their new owners via our hands-free homing process.”

Fundraising took a big hit when major charity events such as the London Marathon were cancelled and local fairs and sponsored challenges were called off. Thousands of pounds of goodwill donations were lost by Dereham Cats Protection, although running costs to support cats in care have remained high and the service to the community goes on. 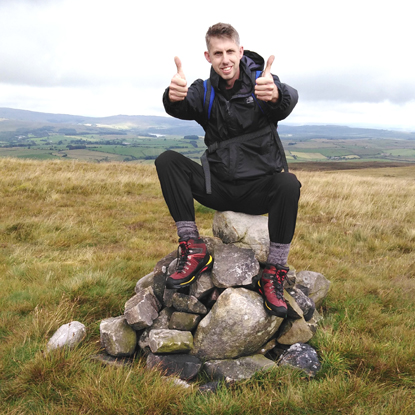 Paul added: “The inability to hold many of our usual fundraising events has seen the charity’s income drop substantially this summer. I wanted to do what I could to offset a little of that loss and I came up with this series of Great British challenges.

“I signed up for the Slieve Donard trek but I wanted to do more. That’s when I came up with this crazy idea of climbing Britain’s highest peaks. What can I say; I like hills.

“As I’m not climbing an English mountain, I’ll climb Snowdon twice and walk a marathon. I live about 26 miles from the coast so with a route jiggled to get the correct mileage, I can walk to Beeston Bump. Running it would probably kill me. That should be enough for one month, don’t you think?”

Paul’s challenge will be to:

You can follow Paul’s progress on our Dereham Adoption Centre’s Facebook page or donate via his JustGiving page.

To find out how you can take part in your own challenge event to raise much-needed funds for Cats Protection, visit www.cats.org.uk/events