Cat and kittens dumped in mushroom box lucky to be alive

A cat and her four kittens have been found abandoned in a mushroom box by the side of a road in Cornwall.

The cardboard box, which had ‘closed cap mushrooms’ printed on the side, was spotted by two members of the public between St Blazey and Par on Thursday 11 April 2019. 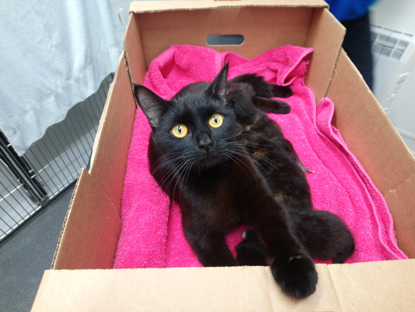 The cats were taken to Cats Protection’s Cornwall Adoption Centre near Truro, where they are now being cared for.

Inspired by where they were found, the mother cat has been named Portobello and the four kittens – two males and two females – are called Shitake, Chantarelle, Porcini and King Trumpet. 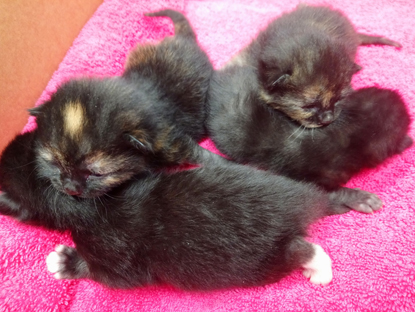 “We’re all so relieved that Portobello and her kittens were found safe and sound,” said Gareth Williams, Deputy Manager of Cornwall Adoption Centre.

“She’s a very relaxed and attentive mum, but if she had been slightly more worried or flighty, we might easily have lost her and the kittens. They’re all lucky to be alive.”

Portobello is underweight so is receiving some much-needed nutritious food, and her kittens are being treated for fleas. 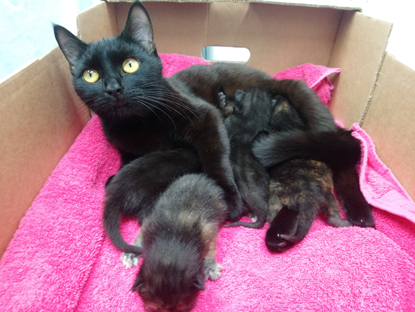 Gareth said: “I urge anyone who is no longer able to care for their cat or kittens to get in touch with us.

“We understand that life can change drastically and rapidly, so there’s no judgement when cats and kittens are handed over to us – we just want them to be safe and well.

“It also helps if we can be given as much information about the cat’s history, personality and likes and dislikes that we can pass on to future adopters.”

Portobello and her kittens will be ready to find their forever homes in about eight weeks’ time.

Anyone interested in giving them a new home can keep an eye out for them on the centre’s website: www.cats.org.uk/cornwall

If you would like to help Cornwall Adoption Centre pay for the care of Portobello and her kittens, you can donate to their JustGiving appeal: www.justgiving.com/fundraising/portobellosappeal