Kittens found close to death in a greenhouse

Two kittens are lucky to be alive after they were rescued from a greenhouse in Southampton by Cats Protection volunteers.

The litter had been abandoned at just a few hours old and sadly, one of the kittens had already died when the volunteers arrived, leaving them very concerned about the remaining two. 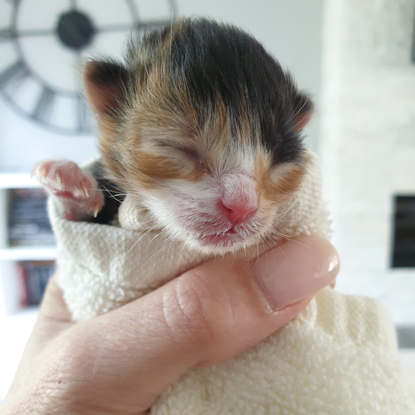 “They were underweight, cold and weak and we were very worried they wouldn’t make it through the night,” said Lorri Seymour, who is fostering the kittens.

“The tiny kittens were only about three hours old when they were found and weighed just 100g each. It was touch and go.” 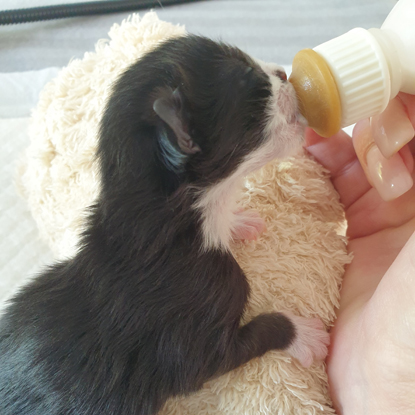 Lorri, who is hand-rearing the kittens, was initially feeding them every 30 minutes to help them gain weight and build their strength. Thankfully their condition quickly improved. 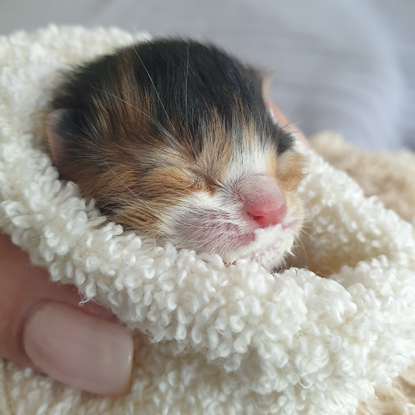 Lorri said: “Poor Nellie didn’t know how to suckle and it took her 24 hours to get the hang of it.

“I’ve been looking after the kittens for just over a week now and I’m hopeful they’ll be okay. They’re guzzling their food down and are becoming stronger. 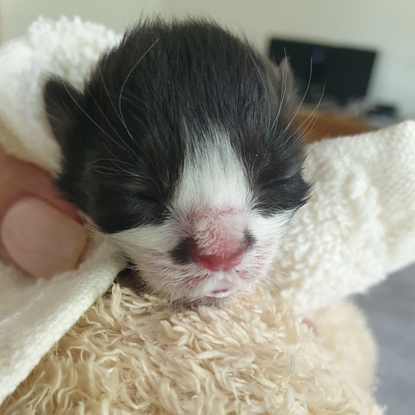 “At first I was feeding them every 30 minutes throughout the day and night. They’re now being fed every 90 minutes.”

Black-and-white boy Nigel and calico girl Nellie will be bottle fed until they are weaned at between four and five weeks old. 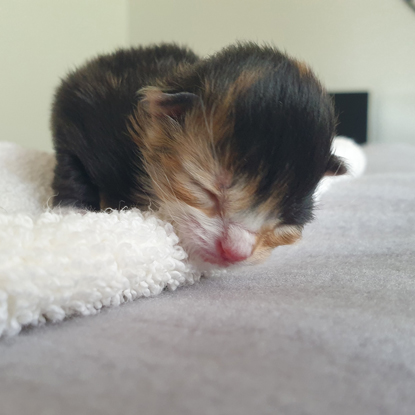 Cats Protection volunteers continue to search for the kittens’ mother in the vicinity of the greenhouse where they were found so she can be health-checked and neutered.

“There has been no sign of their mum so far – we think she might be a stray or feral cat with another litter of kittens somewhere. She may have been struggling to look after all her babies, so she sadly had no choice but to leave these behind,” Lorrie said. 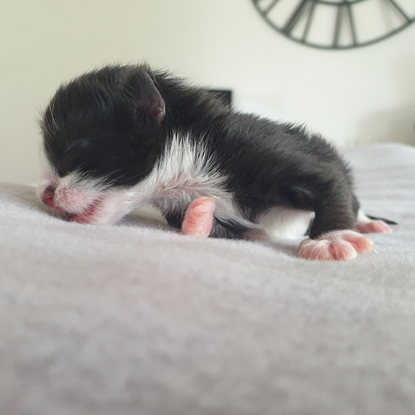 Cats Protection’s Fareham Branch has a waiting list of people who would like to adopt kittens, so don’t need offers of homes for Nigel and Nellie. They will hopefully go home with their new owners when they are about nine weeks old.

However, the branch – which is run entirely by volunteers – is extremely busy and currently has 14 kittens and eight adult cats in its care, three of which are pregnant.

Anyone wishing to help the branch care for the cats and kittens can buy items from the branch’s Amazon wish list donate via JustGiving.

If you would like to adopt a new feline friend, search for cats looking for homes in your area at www.cats.org.uk/adopt-a-cat
Posted by Meow Blog at 08:00